EP – 10 This is the story of Andrew Pappas. An immigrant to the United States, he found himself leaving Greece at 14.

Andrew Pappas was born in Greece on a little island called Lemnos, a small island in the Aegean Sea, northeast to mainland Greece. At age 14 Andrew left the island and went to Paris. It’s unknown whether he left on his own or whether he followed his brother but at 14 he was on his own.

He then found himself on a boat heading to Baltimore, Maryland; from there, he began his new life in the land of opportunity. His first job was at a bakery.

At the time, he was only 17 and in order to get hired, he had to lie about his age but his employer was kind to him and since he didn’t have anywhere to go, he slept on the bakery floor at night.

Despite his inexperience, Andrew had managed a small life in the states. Years passed, Andrew married, had a daughter named Annis, and then divorced.

He was in his early thirties when he met a certain red-headed waitress in her early twenties, Teresa, his future wife.

Andrew Pappas was able to put quite the first impression on the lovely waitress by suavely sliding her a quarter for ice-cream when she got too hot. The other greek waitress offered to set them up. Theresa agreed but with the condition that her co-worker had to go along as a chaperone.

After the fourth date, Theresa was on her own.

Prior to meeting Andrew, Teresa was married to a man that abandoned her after she gave birth to her second child. Life was difficult as a single mother.

Her dad was mean.

He didn’t want the kids around and forced her to find someone else to care for them. She was forced to put them in foster care before she moved to Baltimore to find work so she could get her children back.

In the midst of dating Andrew, her old flame came back in the picture, wanting to make things right and make a home for her and the kids. It didn’t take long for Teresa to realize she’d made a mistake leaving Andrew and Baltimore. She contacted him and they met at the train station.

They were inseparable after that and it wasn’t long before they married.

Immediately, Andrew was eager to find them a house. At first, she was confused as to why he was so eager, but realized that Andrew had decided it was time for her to get her kids out of foster care and provide a real home for them.

They settled themselves in a new home on Ft Dupont Street in DC, with Teresa’s two children, Gene, the eldest and Sonja, the youngest. Andrew adopted them and always treated them as his own. Gene and Sonja even grew to call him dad.

Several years later Theresa and Andrew had a girl of their own, Katherine.

Eventually, Andrew came to own a company called Phillips Trash Service, but it’s unclear if he started the trash business himself or took it over from his brother. Although he wasn’t too proud to pick up trash, he worked hard. He had ‘working mans’ hands.

Andrew and Theresa worked well together, she kept the books for the business and did the payroll. As the business owner, he provided reliable commercial, and private service, and was very honest with his customers. He increased his business to multiple trucks all on his credibility. His customers absolutely loved him.

They built a great life together. The trash business provided him the opportunity to buy a home for his family and put food on the table. They had nice, moderate cars, modest clothes and lived a comfortable lifestyle.

When the girls had grown up, with good jobs and their own families, Andrew and Theresa bought a lovely house and moved to Oxon Hill, which is just outside of DC. It was considered the suburbs back then.

Today, it’s considered close to DC because it’s inside the beltway.

As the years passed, the trash business was beginning to take a toll on Andrew. He was feeling the strain of heavy lifting and working in the extreme cold and hot temperatures. The time had come to consider other options and he decided as with most aging business owners, to give the business to a successor, his son, Gene.

Unfortunately as in many families, his son did not have the business experience or work ethic that his father had. Gene didn’t like the routine of getting up and going to work and before long he ran the company into the ground.

Subsequently, Andrew found himself facing angry customers and losing many of them. He took the business back and tried to salvage what customers he could.

Although Gene was a devoted son, his previous marriage had a hugely profound effect on his character and his work ethic.

After nearly losing his daughters to foster care, Andrew put Gene to work in his business. But even that didn’t bear any fruit.

Gene wasn’t dependable and easily got angry with customers.

In the end, Gene couldn’t make rent, and lost his home.

Andrew Pappas was forced to file for bankruptcy.

Everything Andrew and Theresa had worked so hard to build was gone. They received pennies on the dollar for the assets of the business. The debts that Gene had created took years to repay.

Andrew and Theresa wanted to get away from the city and the problems Gene had caused them. In selling the business, they were able to purchase some land in Hollywood, Maryland and start all over once again.

Hollywood, Maryland is located in St. Mary’s county and is a rural town based around farming several crops such as: soybean, corn, hay, grains, wheats, and formerly tobacco.

Eventually, Theresa was able to get some financial assistance from the county. Andrew felt bad that he could not provide for the family as he once had. They kept this financial burden to themselves.

Once they settled into their new home, Andrew found work at a roadside market with a Greek friend he happened to meet while building their house.  Between his small salary and money from the sale of the business and the house outside of DC, he was able to make do for Theresa and Terri.

Regardless of their circumstances, Andrew always knew to appreciate what he had, giving his wife a bouquet of flowers every spring and Christmas they spent together. All of that is to say: Andrew knew that Gene would somehow slip up again.

Everything that Andrew would have seemingly built up was going to be torn down by Gene once more . . . and then Mary came along.

SOCIAL MEDIA FOR SENIORS WE LOVE

Her love for podcasting and for the insurance industry have her creating content that help seniors with their insurance decisions as well and caregivers understand what to expect in their new role.

She is the co-author of Renewable Referrals and hosts three other podcasts Business In Real Life and Divorce Exposed and Business of Insurance.

A special thanks to Jackie Nguyen who is currently a senior at Northwest High School in Montgomery County Maryland for her assistance in editing the content for this episode. She is planning to study biology at the University of Maryland in the fall and started a large Korean Pop dance team/club called Night & Day at her school.

Mihir Celley is a junior at Northwest High School is responsible for editing the audio recording of this podcast. Their help is invaluable in producing Seniors We Love podcast

Most importantly, thank you to Toni Robinson for providing so many details about Andrews life. Andrew is my grandfather and I learned so much about him while putting together these two episodes. It is a reminder of why Seniors We Love podcast was created which is to remember those that might otherwise be forgotten.

If you know someone’s story that you would like to share so that they are not forgotten, please contact us at seniorswelove@gmail. Please listen to part 2 of this episode to hear the rest of Andrews story. 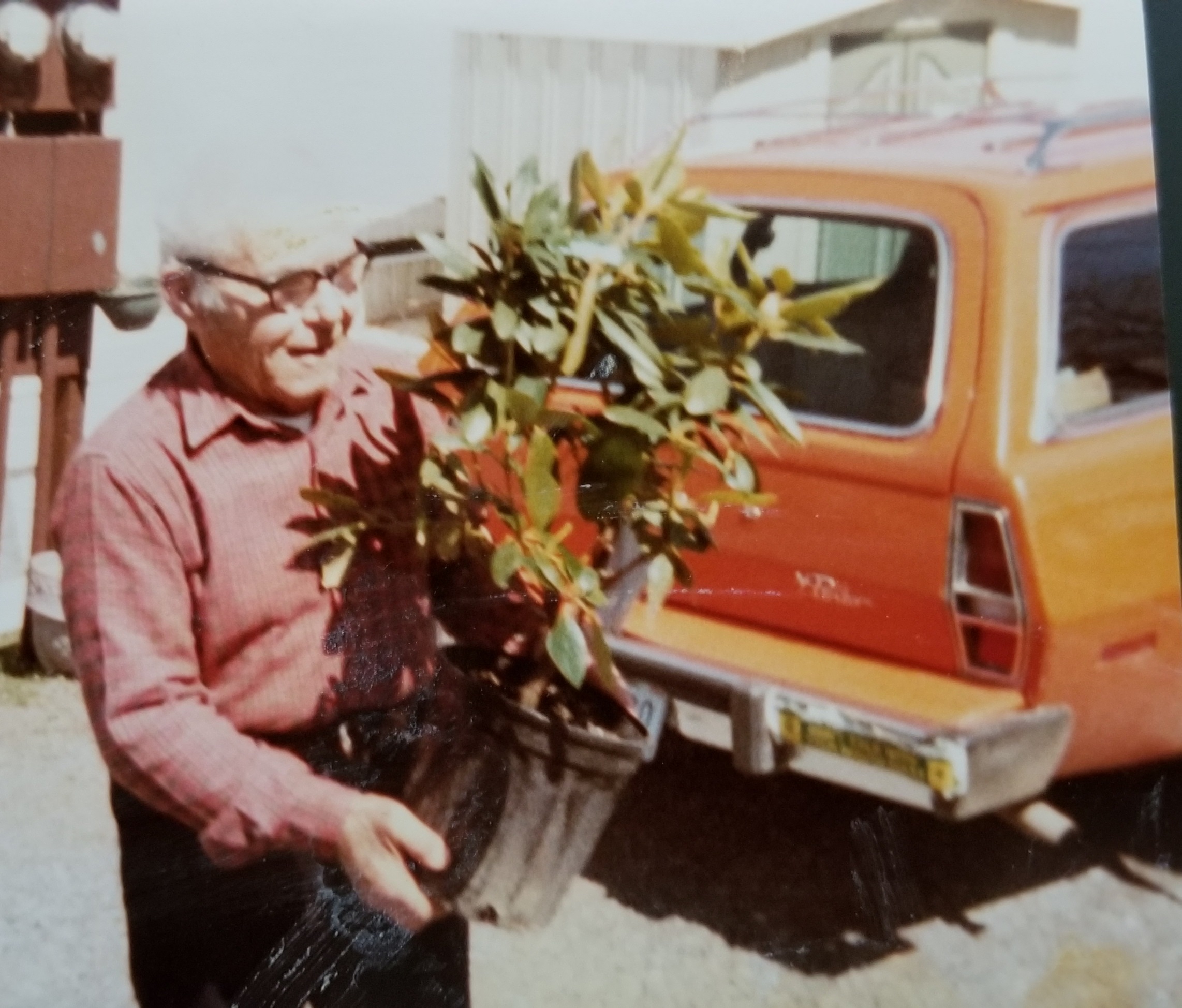 Name
Andrew Pappas
Nickname
(Andrew)
Job Title
Business owner, husband, father, grandfather
This is a proprietary website. It is not associated, endorsed or authorized by the Social Security Administration, the Department of Health and Human Services or the Center for Medicare and Medicaid Services. This site contains decision-support content and information about Medicare, services related to Medicare and services for people with Medicare. If you would like to find more information about the Medicare program, please visit the Official U.S. Government Site for People with Medicare located at http://www.medicare.gov